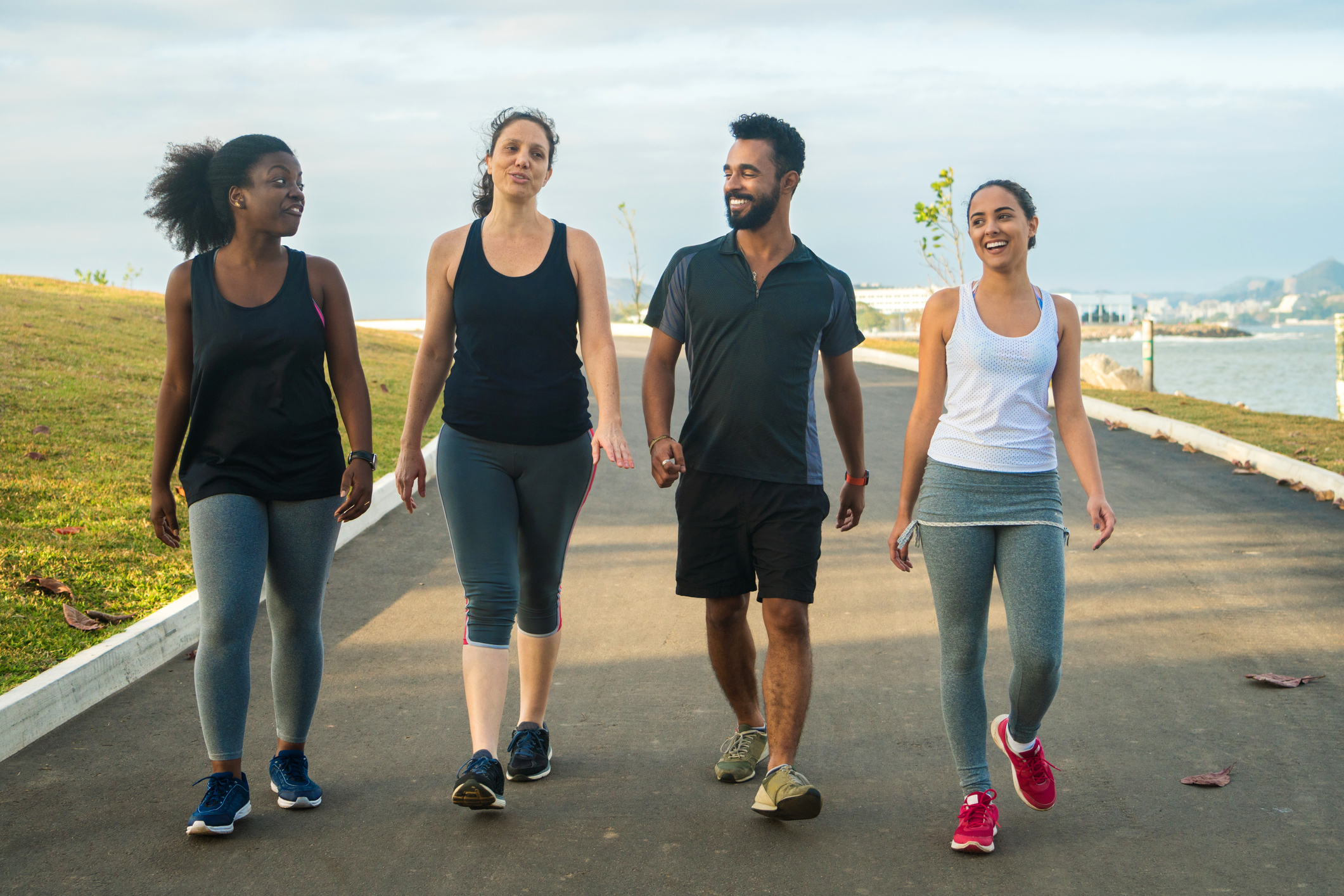 A groundbreaking new study reports that if most people in the United States walked for 45 minutes each day, more than 46,000 cancer cases could be prevented annually. This massive study included data from almost 600,000 women and men in every state and established a strong link between inactivity and 3 percent of common cancers. The results have huge implications for reducing your cancer risk and understanding which cancers are most closely linked to physical inactivity.

What we already knew about exercise and cancer risk: ‍

Scientists have known that exercise is connected to cancer risk for a long time. A wealth of research shows that physical activity boosts the immune system, making it easier for the body to combat tumor growth. Likewise, other studies have found that physical inactivity increases our risk of developing certain cancers. But while all of this previous research points to a strong relationship between exercise and cancer risk, scientists were unable to decipher how risk translates into real cases. That is, until now.

What makes this new study unique:

In the new study, researchers from the American Cancer Society and Emory University used an advanced form of statistical analysis called population-attributable fraction (P.A.F.) to estimate how many cancer cases can reasonably be attributed to physical inactivity. Basically, P.A.F. is a mathematical equation that enables researchers to determine how many annual cases of one specific cancer are likely caused by one specific risk factor—in this case, a sedentary lifestyle.

Where the data came from:

The data was collected from the American Cancer Society’s anonymous statistics on cancer cases among anyone aged 20 and older between 2013 and 2016. The researchers also investigated how much American adults exercise by analyzing more than half a million responses to two large-scale federal surveys. Responses were collected from adults in every state and sorted based on whether or not they met the American Cancer Society’s exercise recommendations. Their guidelines suggest 300 total minutes of moderate physical activity, like an energetic walk, every week.

What the results show us:

On average, physical inactivity may cause approximately 3 percent of all common cancer cases across the country, but the results also vary by state. In many Southern states where residents reported getting less exercise in general, physical inactivity was responsible for nearly 4 percent of cancers. Conversely, a lack of exercise was only attributable to 2 percent of cancers among the more active population of the Mountain West.

If more people in the United States walked for an hour most days, researchers believe there could be roughly 46,000 less cancer cases each year. That said, cancer continues to be a mystifying disease with many intertwined causes, and many active people unfortunately still develop it. Even still, the results of this study offer a little bit of hope—cancer has many causes, but regular exercise lowers your risk to improve your odds.